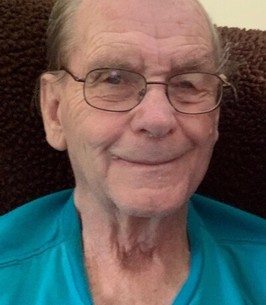 Donald R. Parcell Sr., 90, of Cottrellville Township entered eternal life on Friday, December 4, 2020. He was born on May 15, 1930 in Butler, Ohio to the late Carroll and Reba Parcell. At the age of 13, Donald was a messenger for the Office of Civil Defence in the Air Raid Warden Service in 1943. He graduated from Marine City High School, class of 1949. After high school, Donald worked at Motor Valve as a valve setter. He then served his country honorably in the United States Army as a Corporal M.P. in the 710 th M.P. Company during the Korean War. After his service, he married Janet Catherine Smith on June 26, 1954 in Marine City, and they enjoyed 55 years of marriage until her passing on January 17, 2010. Donald worked at New Haven Manufacturing after he came back from his military service until he and his twin brother, Dick started up their own carpentry business; Parcell Custom Trim. He held a long-standing career at his business as a trim and finish carpenter until his retirement.  After his retirement, Donald still loved to make wooden picture frames and would craft them in his spare time for friends and family. He was a past member of AmVets of St. Clair and he was a member of the Fraternal Order of Eagles. He was a member of the Marine City Old Newsboys where he served as a past president. Most of all he was devoted to this family. Donald is survived by his son, Don R. (Peggy) Parcell Jr.; his daughters, Nancy (Dean) Furtah and Sandy Marr; his grandchildren, Don (Melissa) Parcell lll, Angela (Dennis) Schueneman, Mike Gangler, Danielle (Zach) Monson, Jamie (Kenny) Schindler, Dena (Scott) Kelly and Sarah (John) Edgette; ten great-grandchildren; a brother, Robert Parcell, and a sister-in-law Elda Parcell. In addition to his parents and his wife, he was preceded in death by a son-in-law, Fred Marr in February 2016; his twin brother, Dick Parcell in January 2015; a sister-in-law, Bernice Parcell in October 2015; and a step-brother, Tom Parcell. Donald’s family gives thanks to all the wonderful “sweethearts” that helped care for him. Cremation has taken place. A memorial service will be held on Tuesday, July 13, 2021 at 5:00pm with a visitation being held from 4:00pm until the time of service at the St. Clair Gun and Fishing Club 5486 Remer Road, China Township, MI 48054. Arrangements were made by Bower-Rose Funeral Home, Marine City. To send condolences, visit:   www.bowerrosefuneralhome.com .