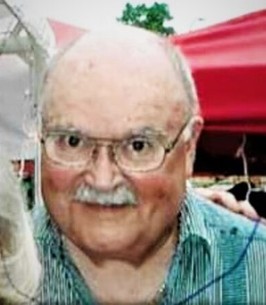 Arthur “Dave” Waldecker, age 79, of East China passed away Wednesday, March 17, 2021. He was born May 13, 1941 in Detroit to the late Arthur and Josephine Waldecker. He married his wife, Carol Anderson, November 21, 1984. He was a loving father to Lynda, Arthur Jr., and Mark Waldecker and step-father to Allan (Jane) Anderson, Beth (Mike) Wojcik, and Eric (Alicia) Anderson. He was a doting grandfather to Trevor Waldecker, and step-grandfather to Andrew (Estefy) Anderson, Laurel Anderson, Noah and Collin Wojcik, and Lukas and Marieke Anderson. He has a brother, Richard Waldecker, and sister, Marybeth (Chris) De Sentz. He was also uncle to Jaime (James) Harper and great-uncle to their children Landon and Reagan. Dave graduated from Salesian High School and De Vry Technical School in Chicago. He was a processing engineer at Ford Motor Company until his retirement in February 1997.
Dave enjoyed building and flying remote control airplanes, fishing, and boating. Having been brought up Catholic, Dave was an active member or St. Martin’s Lutheran Church.
A funeral service will be held at 11 am on Tuesday, March 23, in St. Martin’s Lutheran Church in Marine City. A visitation will be held at the church from 10-11 am. Cremation will follow. In lieu of flowers, memorial donations may be made to St. Martin’s Lutheran Church.
Arrangements were made by Bower-Rose Funeral Home, Marine City. To send condolences, please visit: www.bowerrosefuneralhome.com